My first book club: 5 ladies, 5 books and one tiramisu! 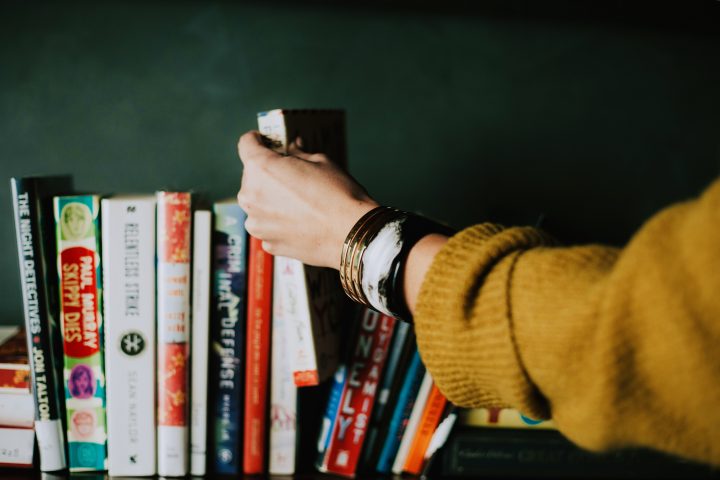 How to escape reality in a Dutch rainy day? Host a book club!

I am a big fan of all sort of ”Book challenges”, ”Read-the-world lists” and ”Absolutely must-read lists” and one day while listing different ”pins” on Pinterest in the train, I got the idea to host a Book club at my place and invite one representative of a different country which literature and classics I don’t really know and never heard of. I work in an international company and have colleagues from all around the globe, so having books from the four corners of the world was not an issue at all ):

So I dropped an e-mail to all my potential guests and people started reacting with enthusiasm to come and share books from their respective homelands.

So on this rainy Saturday afternoon, we were reunited around a cup of hot beverage eating a home-made tiramisu (Thanks, Masa!) talking about ”BOOKS”.

Here is our selection of books from different countries, on different topics and originally written in different languages:

An amazing French novel by Romain Gary considered being an autobiographical novel is about Romain Gary’s childhood and his nurturing and education his mother aimed to give him her entire life. It’s about a mother-son love and relationship based on his mother’s confidence in the bright future of her son. According to the narration, she was convinced that he will become a General or an Ambassador and he became an Ambassador in his real life. A real story that can shake all your perceptions and beliefs about parents-children relationships, nurturing and education. A must-read at least for me.

The novel was adapted in the cinema as well: Promise at Dawn

2. Beauty in morning and other stories by Mukhtar Auezov – Classics of Kazakh literature

The second book is a compilation of short stories about life and lifestyle in Kazakhstan. Apparently this book is one of the very few Kazakh books that have been translated into English. It’s considered as a classic in Kazakhstan and it’s mandatory to read it at school. Some of ot the stories are sad, but for those who do not know much about this country of extrem weather conditionss, it’s a nice reading. On my night table!

3. The Virgin Way by Richard Branson

Who doesn’t know this successful businessman and entrepreneur? He also wrote few books on business and leadership. I would never consider buying one of his books, but as this one was recommended by one of the attendees of the Book Club, I just grabbed it! I read it for one week during my commutting time to work and back home. Just amazing reading! So inspiring and cool at the same time! Well, it cannot be considered as a classic or high level literature, but only reading it, was a great experience for me!

As a representative from Bulgaria, I talked about ”Time of Violence” an emblematique well-known Bulgarian novel that shows Bulgarian lifestyle in one of the most beautiful mountains in the world – Rhodopi mountains during the Ottoman empire.

My detailed review of the book can be found here: The books that will change your concepts about religion, history and education

I am not sure if the book has been translated into English or not, but most likely not, however, this Russian book has been recommended for its short stories. It’s not a classic, neither a bestseller, it’s just a good book and can be read by people who learn Russian and want to practice their understanding. An easy-to-digest during a reainy afternoon!

Other books that have been recommended during the gathering:

1. I am Malala by Malala Yousafzai (well-known bestseller by the award-winner of the Peace Nobel prize)

2. Zuleikha opens her eyes (translated into English). Please read my review on the book here: â€Zuleikha Opens Her Eyesâ€ by Guzel Yakhina â€“ could the life in a Gulag be better than the life with your own family?

3. ÄŒudo u Poskokovoj Dragi (2009) by Ante TomiÄ‡ (Not sure if translated into English, but for those interested to know more about Croatia, could be a go).