Waiting for Dracula in Romania 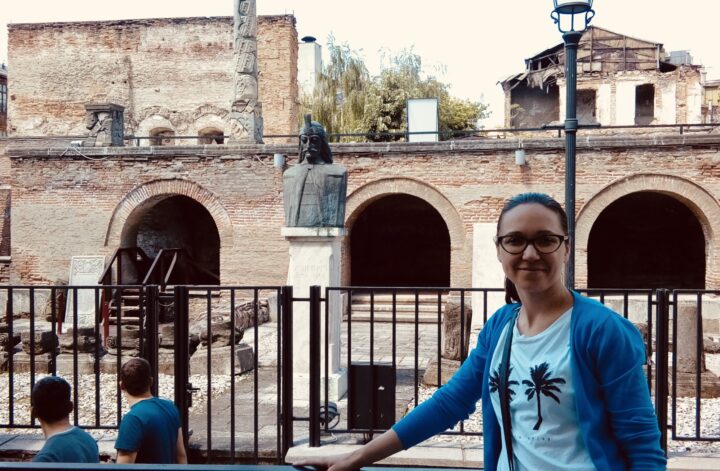 The time has come to write a review of my trip to Romania. I wanted to go on a trip with my mother and an organized trip to Romania sounded like the perfect option. So, in the springtime, we were waiting for Dracula in Romania.

In the first place, we visited Bucharest and the massive Palace of the Parliament. Or in other words, called by the locals ‘‘Ceausescu’s palace’‘. Needless to say that this imposing building was on my Bucket list and I was amazed by the size and the beauty of the entire area where the parliament is located…It looks like a little Paris. Also, the colour of the stones used to build up the Parliament looks exactly the same as the one used in Paris… Thus, a little Paris on the Balkans…

Therefore, we spent about one hour in the National Village Museum of Romania and headed to Sinaia afterwards.

The best of the trip from Bucarest to Sinaia is that we crossed the Carpathian mountains. The scenery is stunning, especially during the summer period.

Furthermore, we arrived in Sinaia in the late afternoon. Sinaia is a famous Romanian ski resort. In fact, it’s a small town with a long walking street and many little shops and restaurants. Also, we visited Sinaia monastery as well as the church situated in the Prahova Valley at the top of the hilly town.

Waiting for Dracula in Bran

The next day we left Sinaia early in the morning and travelled to Bran to visit Dracula’s castle. Otherwise, the castle itself did not impress me – there is a similar one in Balchik in Bulgaria – the Balchik Palace where Marie Queen of Romania lived during the summer period. However, it’s a must-see castle once in a lifetime. To sum up, Bran is a small village with many stands for souvenirs, local delicacies and the like.

Next on the list came Brasov. For me, that’s was the highlight of the trip. The city is very colourful even though it was raining when we arrived. The first thing we visited was the narrowest street in the city of Brasov called Strada Sforii.

Afterwards, we went to the city centre for a coffee and souvenirs. The day finished with a panoramic walk/ view at the top of the city. Just amazingly beautiful….

The last day of our Romanian adventure was dedicated to visiting two of the most famous castles in Romania – Peles and Pelisor. Both are imposing and surrounded by greenery and breathtaking views. In short, that was the best happy end of an unforgettable trip.

I hope after that review, you will put Romania on your list and go there waiting for Dracula to come…