20 interesting attractions in Varna and the region 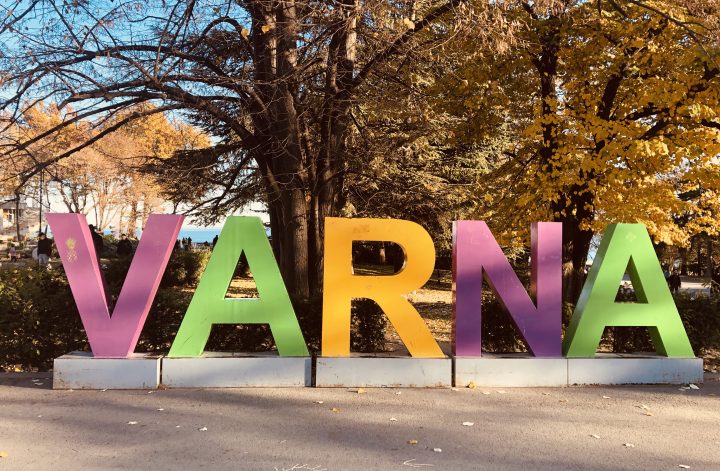 Varna is one of the oldest cities in the world and is the Black Sea capital of Bulgaria. There is an airport and many low-cost airlines provide direct flights to Varna, especially in the summer. To make it easy, I selected 20 interesting attractions to visit in Varna and the region. As a bonus, I listed a few amazing places to eat and taste the local cuisine.

How to get from Sofia to Varna?

However, if you have more time and want to experience the best of your stay in Bulgaria, fly to Sofia and then take a bus to Varna – you will cross half of the country through Stara Planina (“Old Mountain”). Stara Planina divides the country into two parts. The sceneries are stunning no matter the season. The route is quite long, but it’s worth it. (I just realized that many Bulgarians are going to blame me for what I’ve just advised, as the route is for about 6h30….but anyway..check it out and it’s up to you to decide ):

The main attractions of the Black Sea Pearl Varna

Once in Varna, you have to make up your mind what to see and what to do first. That depends on what you like and how much time you have. I am going to guide you through the main attractions of the city.

First sight: The Dormition of the Mother of God Cathedral

First, let’s begin with the city centre. It’s easily reachable no matter the location of your accommodation. Taxis are relatively cheap in Bulgaria and there are buses from and to every neighbourhood so transportation won’t be a problem. Once in the city centre, you won’t miss out the symbol of Varna –  the Dormition of the Mother of God Cathedral. It’s majestic. So take a moment to admire the massive orthodox temple.

Furthermore, if you are interested in visiting more orthodox churches, there are two others on the way to the city centre: St. Nicolas (on the main shopping street) and St.Petka (behind the Municipality of Varna).

In front of the main entrance of the cathedral, on the other side of the road, you’ll see the branch stage of the Drama Theatre “Stoyan Bachvarov”. This is where the main shopping street begins. For more information on all the attractions in Varna and the region and how to get there, refer to the Tourist Information Centre, located nearby.

Let’s continue to walk through the main shopping street. There is a hidden gem that even the locals don’t know – The Puppet museum. It’s the only one in the entire Balkan region. Thus, a very interesting and informative place to see with a unique collection of puppets. It will take you about 40 minutes to explore it all and you won’t be disappointed.

As I already mentioned, the church St. Nicolas is on our way on the main shopping street and we are passing by when heading to Seaside Park. Entering inside is for free and it will take you about 10 minutes to have a look around.

The tour continues and we arrive at “Sevastopol” (Sevastopol or traditionally Sebastopol in Russian, is a city on the Crimean Peninsula on the Black Sea). This is the meeting point for everybody and a crosspoint of the main spots in Varna.

Next stop: the Sea Garden

Next comes The Sea Garden. You can spend an entire day there, plenty of cafes, bars, restaurants and other attractions are at your disposal. During the summertime, it hosts many festivals, performances and cultural events. The Naval Museum, the Observatory, the Zoo and the Dolphinarium are situated there as well. The famous disco bar “Horizont” is there too. My favourite bar Cubo is on the beach. In my opinion, there are loads of things to do for all the tastes, all the ages, all the tourists and locals there. Be aware that if you want to visit the Dolphinarium, you might need more time as it is located at the end of the Sea Garden. You can take a bus or a taxi to go there.

Where to eat in Varna?

When in Varna or Bulgaria you should try the Bulgarian cuisine – it’s super delicious. I would like to recommend a few cosy places for lunch, dinner, brunch and cocktails. The first place I would like to put on your radar is “The House of V”. It’s a cosy little restaurant with a hidden garden, located on 18, Dragoman street, not far away from the Puppet Theatre. There is another Italian restaurant on the same street (9, Dragoman street) if you prefer homemade pasta. Continuing to the city centre, we arrive at 25 Shipska street and a little culinary hidden gem – “Food for Love”. This one is for vegetarian, vegan and people who love to experiment with food.

However, if you want to go for something standard and well-known, then Happy at Sevastopol is your place.

Besides, if you prefer just to brunch and have a coffee somewhere, I would advise not to miss out 43.12 cafe. It’s located at 15 Preslav street and is one of my favourite addresses.

In the evening the restaurants at the Port of Varna are very good and offer a big variety of cuisines. My favourite one is “The Docker club”, situated at Varna Port. The menu is international.

Finally, come the time for cocktails. In the evening, Cubo is a place to be  (at least for me), but you can pick up a bar on the beach alley.

For all the culture lovers

We come back to Sevastopol and are heading now to the Varna Archaeological Museum. It’s a massive building and it hosts the Varna Summer International Jazz Festival every year. If you are up for it, check the program online in advance. The Museum’s most important exhibit is the Gold of Varna, the oldest gold treasure in the world. The museum also has two open-air archaeological sites, the Roman baths in the Greek neighbourhood and the medieval grotto of Aladzha Monastery. I am going to provide you with more info about Aladzha Monastery later on.

After the city attractions in Varna, it’s time to hit the road to the most interesting attractions of Bulgarian Black Sea Coast

My number one place is Pobiti Kamani (20km from Varna)

Pobiti Kamani is a rock phenomenon and looks like the Bulgarian Stonehenge, located at 20 km north-west of Varna. The place consists of sand dunes and natural rock formations on a total area of 13 km. This magical place is well-known for its positive energy (according to the local superstitions) and if you lay down for a moment on a stone formation, you’ll feel the positive energy flow in your body and soul. Personally, I did it, I laid down on a big stone and I really felt a wave of serenity and calmness flowing into me. Who knows, maybe I was simply influenced by the local legends ):

Another absolute must-see highlight of the region is Balchik! This little hilly town has a lot to offer in terms of surroundings, culture, seaside, and attractions. The highlights of Balchik are the Botanical garden and the Palace of Queen Marie of Romania. Both sites are close to each other. A botanical garden is a fairy-tale place if you are into photography, this place is the perfect spot for you. No matter the season, you’ll make awesome pictures. The garden is very big, so take half a day to visit it. The palace is tiny, but when there, visit it too. Balchik is located in a hilly region, so walking in the town, means most likely climbing. Be prepared it’s a long street that goes up and down.

Next stop: Albena (30 km northeast from Varna and 8 km southeast from Balchik)

Next on the list comes Albena. This is the best beach resort EVER and my favourite place to go to the beach. Albena has the broadest coastline on the Bulgarian Black Sea and the beach is very clean. Albena is for a reason one of the main attractions of the Black Sea region.

Aladzha Monastery is a popular tourist attraction 17 km north of Varna and 3 km west of Golden Sands beach resort, located in the protected forest area of the Golden Sands Natural Park. it is a medieval Orthodox cave monastery that represents catacombs hidden in a big rock. To explore the catacombs, you have to climb the stairs.

Cape Kaliakra is one of the biggest attractions of the North Black Sea region. It’s a legendary place as many legends are told around. The most popular is about 40 Bulgarian girls, who preferred to tie their hair together and jump into the sea rather than becoming Ottoman slaves. At the entrance to the cape, you’ll see an obelisk called “The Gate of the 40 Maidens” inspired by the legend. Nowadays Kaliakra is a natural reserve, where dolphins swim freely and can be admired from the cliffs. The remnants of the fortified walls of an ancient residence are well-preserved and you will walk through them during your visit.

Among others comes a real pearl and another attraction of the Black Sea region – Kamchia resort. Kamchia is a river running through a Longoz forest. It’s a UNESCO protected area. Take a boat to admire the natural reserve on a sunny day and you will be amazed by the beauty of the forest and the virgin beaches…

Number seven: The Museum of Mosaics in Devnya (25km to the west from Varna)

Last but not least comes Devnya. It is a small industrial town with a hidden gem that you don’t want to miss out. The Museum of Mosaics is a museum built on top of a Roman villa’s ruins and shows mosaics from the Roman and Byzantine city of Marcianopolis. The mosaics cover the ground floor and are very well-preserved. You can distinctively see the ornaments and the colours of all of them. There are buses on a regular basis to and from Devnya. Check the Tourist Information Centre of Varna for more information on the bus schedule.

Are you ready to explore my list of 20 interesting attractions in Varna and the region?

Don’t miss out to put Varna on your radar.