Three great books “Time of Violence”, “War and Peace” and “I am Malala” 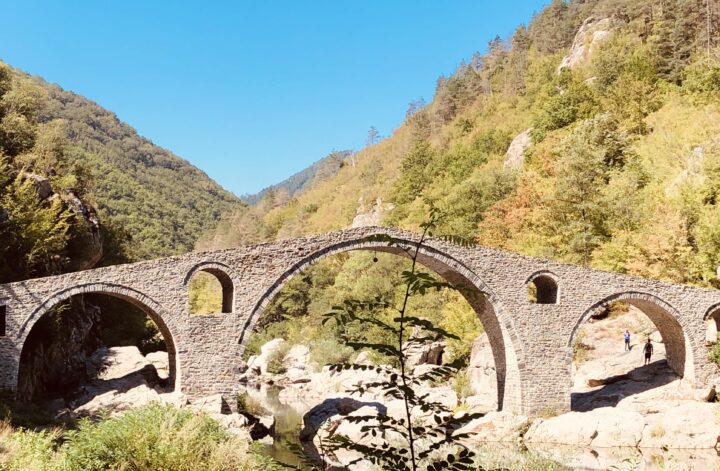 I am fluent in four languages and I would like to introduce you to three great books – “Time of Violence” by Anton Donchev, “War and Peace” by Tolstoy and “I am Malala” by Malala Yousafzai. I cannot imagine my life without reading, it’s just vital. I read everything that crosses my way from serious world literature to summer holidays novels. No favourite style or authors just the curiosity to explore a whole new world in one of the languages I master.

I would like to share with you three titles that literally changed my ideas of great and unshakable concepts as religion, history, and education. These chefs-d’eouvre “Time of Violence” by Anton Donchev, “War and Peace” by Tolstoy and “I am Malala” by Malala Yousafzai are classified as world literature and for a reason. All of the books I recommend are from different countries, centuries and cultural horizons. They are translated into many different languages and I am sure you can easily find them.

The story is set in the Rhodopes mountains in the village of Elindenya during the Ottoman occupation of Bulgaria in the 17th century. In this village, Bulgarian Christians enjoy the freedom and the well-being thanks to the local Muslim governor Suleyman Agha. Suleyman Agha is generous and fair with regards to Bulgarian ethnic and has established a rule of mutual respect between Bulgarians (slaves, called during the Ottoman occupation Rayah) and the Ottoman subjugator.

Unfortunately, the idyllic life comes to an end with the arrival of Kara Ibrahim – who is Janissary (Bulgarians who were taken by force and raised in the most prestigious ottoman army called Janissaries). Kara Ibrahim was taken by the Ottoman army as a little boy and from his birthplace Elindenya. Now as a commander of the most crucial army, he returns to his roots to establish harsh measures against the locals in the name of Allah.

His mission is to convert the Christan population to the right religion as called in the novel. He recognizes his birthplace and knows he will meet his own family. His convictions are so unshakable, he is ready to attempt to the life of his relatives if needed in order to accomplish his target: add another village to the Muslim community.

The novel raises the ultimate question about religion: is there any good or bad religion as God is the same for all of us – asks pop Aligorko. Why so much violence, why so much sorrow – asks the pop confused? He decides to convert to Islam in order to stop and fight the violence after a night of spiritual questioning and revelations. He chooses life and serving people instead of unnecessary deaths. Of course, he is considered a traitor by some of his compatriots.

“Time of violence” by Anton Donchev and the movie based on the novel is translated worldwide and if you want to discover Bulgarian history and literature, give it a try.

“War and Peace” by Lev Tolstoy is a brilliant masterpiece of all times. This book changed my ideas of War and the place of the individual in the War. The novel is a mixture of historical chronicle, philosophical thoughts, war diary, family affairs. The narrative main story is interlaced with all the realistic details related to the war and the reader feels like he is in the middle of the battlefield. Tolstoy uses his own experience during the Crimean War to bring vivid detail of how the Russian operates. That novel influenced my perception of the War and what it meant in the context of Russian Tsarism. In the time of war, it’s a myriad of human feelings and relationships that are questioned: fear, loyalty, individual duty and the ultimate purpose of life.

The book was, is and will always be a best-seller and many cinema adaptations were done over the years. The last one was a BBC production in 2016. I watched it and just love it! Highly recommend it!

The core of Malala’s mission is Education. Education beyond genders, nationalities, countries, religion, ideological fights and so on. Education is the basis for progress, it’s the drive to change. She is not afraid to speak up about what? About having the right to go to school, such a basic thing that in the modern society is taken for granted…In my personal perspective, the Education is the most important thing and this book reminded me how important it is for building the world we would like to live in. The Documentary about Malala is based on the book and is as moving as this brilliant young lady who is on her way to change the world for real.

This is what lies on my bookshelf –  three great books “Time of Violence”, “War and Peace” and “I am Malala”.