Skip the German Christmas markets and visit Dickens Festival in Deventer, the Netherlands 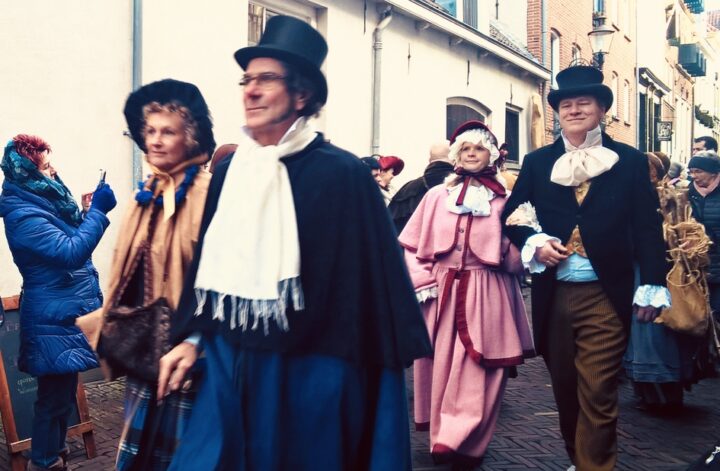 One of the things I absolutely wanted to do this year was to skip the German Christmas markets and visit the Dickens Festival in Deventer, in the Netherlands. The Festival takes place in the picturesque Bergkwartier where the 19th-century lifestyle, atmosphere, and all the famous Dickens’ characters revive. The festivities are a mixture of a Christmas market, Dickens’ characters parade, the smell of roasted delights and little kids begging on the street. Besides, Christmas carols and a typical rich dinner back at the days can be admired in the churches surrounding the Dickens Festival.

In the first place, I was more than impressed by all the characters seen on the streets of Deventer. At my knowledge, there are more than 1000 characters created by Dickens. Not to mention that the English writer excelled in characters and gave them memorable and unusual names.

However, one “character” is described over and over again in every Dickens’s novel – London. Thus, one of the best way to learn more about Dickens and his work is to visit Charles Dickens’s House in London.

Head to Dickens Festival in Deventer and guess the characters

On the other hand, I would like to encourage you not only to skip the German Christmas markets and to absolutely visit Dickens Festival in Deventer in the Netherlands but also to recognize the characters on the pictures below:

To sum up, are you convinced to do something different next year and to visit Dickens Festival?