Things to do to immerse yourself in festive Montreal 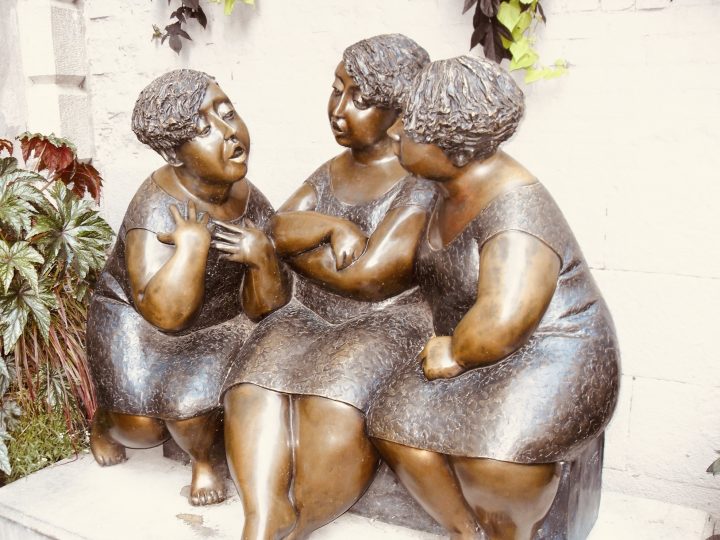 Things to do to feel the festive atmosphere in Montreal

If I have to describe Montreal in one word I would say “festive”. I was in Montreal for a three-week training. My brightest memory, however, is of how we enjoyed at the fullest the festive atmosphere of the city. There are festivals and things to do in Montreal every day, especially in the summer. Here is my list of things to do to immerse yourself in festive Montreal.

Get the festivals’ vibes

Even if you don’t know what to do in Montreal, just follow the crowd on the street that will lead you to Quartier Latin or Quartier des Spectacles. I don’t remember being bored in Montreal as every evening we were going out to a festival, music concert, theatre or just to hang out with the locals on the street. Don’t miss out the festivals in Montreal and immerse yourself into the festive atmosphere of this amazing city.

Although you might want to go out of the beaten path, there are things and sights not to miss out.

Learn more about different ecosystems in North America and the Antarctic

Biodome is a must-see indoor zoo that hosts animals from over 200 different species and 500 flora species. If you are into animals and wildlife, that’s the place to be.

Make an awasome picture of the Olympic Stadium

For me, the Olympic Stadium was a top architectural attraction to visit. I couldn’t wait to visit the stadium built for the 1976 Summer Olympics. Nowadays is one of the symbols of Montreal.

Go zen in the Botanical Garden of Montreal

The Botanical Garden is with no doubts one of the top things to do in Montreal. It’s a place to chill and go zen. There are thematic gardens – a Chinese and Japanese gardens among others where you can relax and meditate. Take a day to immerse yourself in greenery and Botanical’s Garden peaceful atmosphere.

Offer yourself a ticket for Cirque du Soleil

Performance of the world-recognized Montrealese circus is a must-see at least once in a lifetime, especially when in Montreal. I have to say that the show was mind-blowing. Thus, my recommendation is to put Cirque du Soleil on your Bucket list.

I did not make it to admire the emblematic Jacques Cartier Bridge by night, but I have to say it’s a beautiful bridge connecting Montreal to the city of Longueuil.

Get stunned by the magnificent Oratory of Saint-Joseph

The Oratory of Saint-Joseph is the largest church in Canada. Take the time to discover and admire the marvellous frescoes inside the church before leaving.

And last, but not the least – embark on a day trip to Quebec City

Quebec City is a city from the fairy tales. It kept the European architecture and French culture and a lot of movies that pretend to be shot in Europe have been made there. I have to say that the city of Quebec is just gorgeous with the Fairmont Le Chateau Frontenac and Old Quebec. Read my detailed review on Quebec city here: A day trip to Quebec City from Montreal – what not to miss out

Did you take notes of my things to do to immerse yourself in festive Montreal?